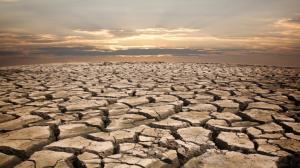 “Behold, days are coming,” declares The LORD GOD,
When I will send a famine on the land,
Not a famine for bread or a thirst for water,
But rather for hearing The WORDS of The LORD
People will stagger from sea to sea
And from the north even to the east
They will go to and fro to seek The WORD of The LORD,
But they will not find it.
Amos 8:11-12

Why will The LORD send a famine “for hearing HIS WORDS”? HE sends spiritual famine when people who are called by HIS NAME continually walk in disobedience by making HIM an incidental part of their lives instead of their focus (Rom 1:21-22). They continually receive the warnings through HIS servants, but they ignore them by quickly forgetting the messages (Psa 50:17, Isa 17:10-11, Hos 8:14).
Continually the saddest thing I hear and witness, are people who profess to know GOD, yet have no hunger for HIS WORD. They are too consumed by their lives to attend Church more than once a week, and prefer daily devotions which only contain one or two Scriptures, over BIBLE studies, designed to take them throughout The WORD of GOD.
I have also seen Pastors with a calling to teach GOD’s WORD, not spend consistent time in HIS WORD (Jer 23:28-30). Thus leading congregations of people who do not know GOD, have no understanding of HIS WORD, nor the ability to discern between good and evil (Jer 4:22).
I have met with many sad, angry, broken, and defeated Christians, because they do not know the heart of our Beloved LORD GOD, and have no spiritual armor to withstand the onslaught of the enemy. In every case, as I listened to them, they spent no critical time in the presence of our Beloved LORD GOD. They were not in the habit of praying, studying, or meditating on The WORD of GOD. They had other higher priorities in their lives, and refused to place our Beloved LORD GOD above them. They failed to believe the power and benefits that come from being in HIS presence (Psa 16:11, Psa 119:165, Isa 30:15, 2 Ths 3:16) and hearing HIS WORDS, either privately (1 Sam 28:6, Pro 1:28-31, SS 5:2-6), or publically (Rom 10:16-18).

How does “a famine for hearing The WORDS of The LORD” happen? It happens when GOD no longer sends HIS servants to an obstinate people, people who are extremely stubborn. They refuse to listen to HIS servants, or they are determined to have their own way.
When HE stops sending HIS servants, understanding of HIS WORD ceases. We see examples of GOD’s servants giving HIS people understanding of HIS WORD throughout The BIBLE. We see it with the Levities who taught GOD’s people (Neh 8:1-11), with JESUS WHO gives understanding to HIS disciples both then (Jhn 17:6-8, Luk 24:13-27) and now (Rom 8:9-11, 1 Cor 2:11-16, 1 Jhn 5:20), with Philip the Evangelist when he explained Isaiah to the Eunuch (Act 8:26-40), with Peter the Apostle when he explained JESUS to Cornelius and his entire household (Act 10:1-48), with Priscilla and Aquila who brought a more accurate understanding of GOD’s WORD to Apollos (Act 18:24-28), and with all those who have carried The Good News throughout the world (Rom 10:14-15, Tit 1:1-3).

In Conclusion:
I share Isaiah 55:6-7 as a plea with GOD’s people who continually set other priorities in their lives “Seek The LORD while HE may be found; Call upon HIM while HE is near. Let the wicked forsake his way, and the unrighteous man his thoughts; And let him return to The LORD, And HE will have compassion on him, And to our GOD, for HE will abundantly pardon.”

Therefore be careful how you walk, not as unwise men but as wise.
Making the most of your time, because the days are evil.
So then do not be foolish, but understand what the will of The LORD is.
Ephesians 5:15-17